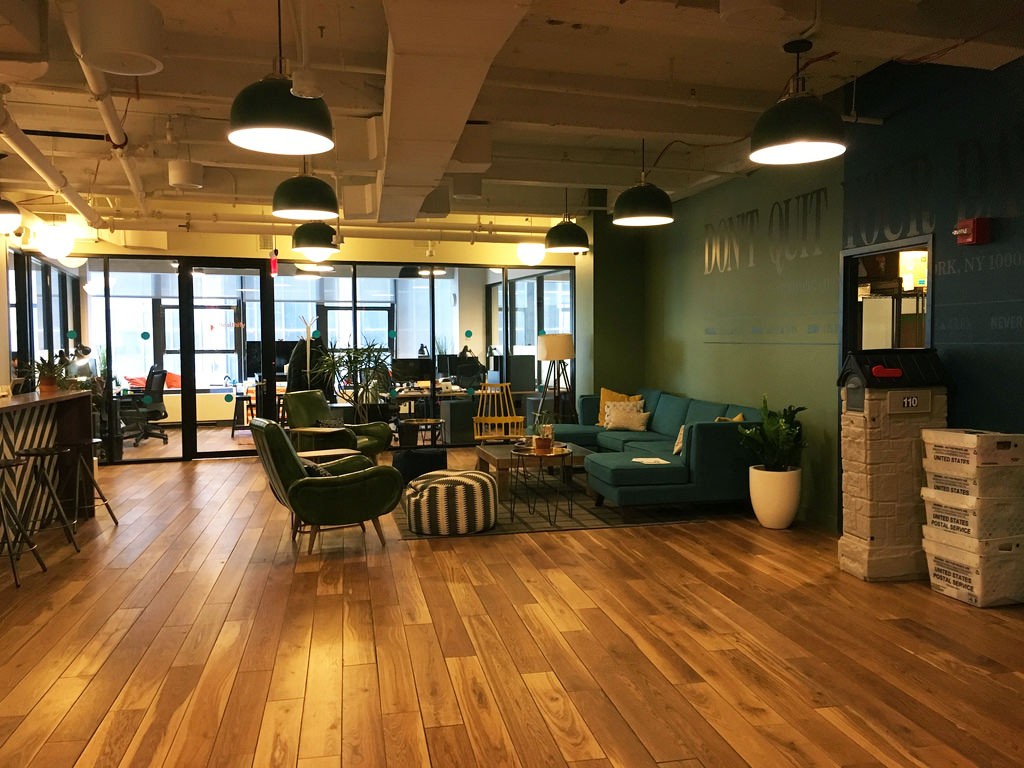 WeWork, New York’s largest coworking space provider, is expanding its presence in NoMad, occupying the last two vacant floors of the Kaufman Organization building at 15 West 27th Street. As Crain’s reports, WeWork has signed a 10-year lease to take over the entire ninth and tenth floors of the building for a total of more than 11,000 square feet of space.

The building is one of four structures in the NoMad area in the Kaufman Organization portfolio, all of which have undergone a complete overhaul and revitalization since the company took them over. The WeWork lease marks the final vacancy filled, placing all four buildings at 100 percent capacity—another sign of the growing popularity of NoMad.

Since its founding here in NYC in 2010, WeWork has expanded its reach into 90 cities across the globe, making it one of the largest shared workspace providers in the world. According to GlobeSt.com, this new NoMad lease will also make WeWork the second largest private office tenant in New York, surpassed only by J.P. Morgan Chase.

WeWork is scheduled to move in sometime this fall, which will no doubt bring a fresh wave of tech startups and entrepreneurs to the NoMad area—further heightening its reputation as a hub for design and technology.