The Nomad District has seen many groundbreaking moments in New York history. The FIRST published rules of baseball were written in 1845 for a New York (Manhattan) “base ball” club called the Knickerbockers, who played ball in the area of today’s Madison Square Park in right in the NoMad neighborhood of New York.

The FIRST movie house, where Edison’s hand-cranked movies were first shown on April 6, 1894 was in a narrow storefront at 1153 Broadway (between 26th and 27th Streets).

In 1859, the FIRST passenger elevators were installed in the illustrious Fifth Avenue Hotel in NoMad NYC.

The FIRST electric footlights were installed by Thomas Edison in the Madison Square Theatre on 24th Street, between Broadway and Sixth Avenue in NoMad. The theatre, opened in 1880,  also had the FIRST double-decker elevator to speed scene changes.

Gilsey House, a grand hotel operating from 1872 to 1911, was the FIRST hotel to offer telephone service for guests.

The FIRST recorded subway crime was committed in the 28th Street Station of the Lexington Avenue Line on October 27, 1904, when a $500 diamond stick-pin was stolen on the opening day of the station.

The Madison Square Theatre on 24th Street just behind the Fifth Avenue Hotel (200 Fifth) was the FIRST air-conditioned theatre.

The FIRST asylum for juvenile delinquents in the country was built on the site of Madison Squre Park in 1824.

The FIRST velodrome, an inside track for cycle racing, was installed in Madison Square Garden at the turn of the 19th/20th centuries and it resulted in the Olympic cycling event the “Madison” being named after the Garden. 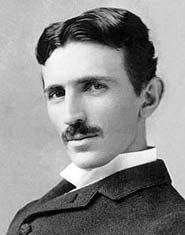 America’s FIRST community Christmas tree was illuminated in Madison Square Park on December 24, 1912, an event which is commemorated by the Star of Hope, installed in 1916 at the southern end of the park.

The FIRST cross-country trip by automobile ended at Holland House (Southeast corner of 30th and Fifth) on July 16, 1903, 63 days after it began in San Francisco.

The FIRST indoor football games were played at Madison Square Garden in 1902 and 1904. 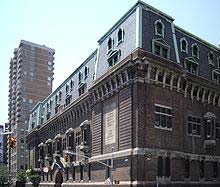 The FIRST exhibition of “modern” art took place at the 69th Regiment Armory in 1913, introducing Americans to artist from Courbet, Degas, Manet to Duchamp, Matisse and Picasso.

Madison Square Garden in the heart of NoMad had the FIRST indoor ice-skating rink in the US.

Because of its famous restaurants and theaters and the fact that it was one of the FIRST sections of New York to have electric streetlights, the area in the NoMad District along Broadway north of 23rd Street gained notoriety in the 1890s as the “Great White Way.”

NoMad was also the place where the FIRST Manhattan, Rob Roy, Widow’s Kiss, Hoffman House Fizz were mixed and where the FIRST Lobster Newberg and Manhattan Clam Chowder were created and served.

We are always uncovering firsts, and we will bring them to you.  If you know of any NoMad firsts that we forgot to mention, be sure to drop us a line on our contact page.