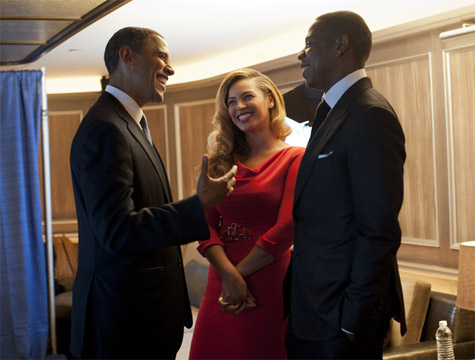 At a fundraiser earlier this week in the NoMad District, President Obama raised $4 million. The event took place at the 40/40 Club and was hosted by Jay-Z and Beyoncé.

The 100 guests each paid $40,000 to attend the event. While addressing the crowd, Beyoncé said, “I can’t tell you how proud we are to host tonight’s event with President Obama. We believe in his vision.”

President Obama returned the favor while stating that “Beyoncé couldn’t be a better role model for our daughters because she carries herself with such class and poise and has so much talent.”