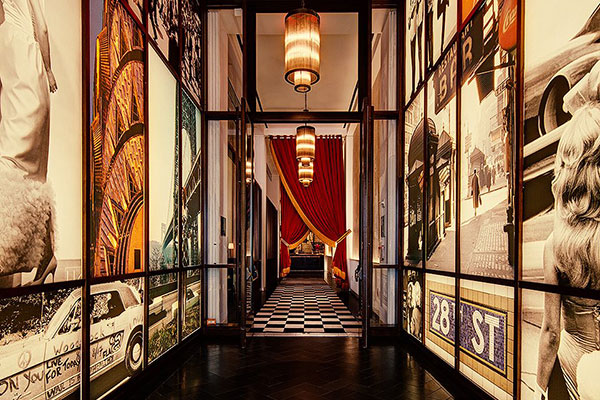 The Redbury’s unique history and central location, along with its luxury amenities and customizable services, maintain its title as one of the most sought-after NYC hotels.

Formerly known as The Martha Washington, The Redbury prides itself on its historic yet modern charm.

Drawing from the history of Tin Pan Alley as well as a distinctly Rock ‘n’ Roll aesthetic, the hotel blends mid-century modern design within a historic building.  The Redbury structure once housed the legendary Martha Washington Hotel, a women-only hotel that became the headquarters of the women’s suffragette movement in the United States.

John Sinclair, General Manager of The Redbury New York, shares the hotel’s “casual creative” philosophy to hospitality and why he loves being in NoMad.

"The Redbury New York is all about the DIY generation."