After years of grassroot efforts and eight months of heated hearings at the Landmarks Preservation Commission, the agency unanimously voted on Tuesday to landmark five buildings that represent Tin Pan Alley.  Casting aside objections, the commission recognized the importance of these structures as symbolic of the birthplace of American popular music from roughly 1890 to 1920.  The buildings on West 28th Street between Broadway and Sixth Avenue include numbers 47, 49, 51, 53 and 55.

Simeon Bankoff of the Historic Districts Council said, “This long-sought designation is remarkable in strongly demonstrating that sites of cultural significance bring enormous value to our city and are deserving of official protection.”

In awarding the protection, the commission not only noted that these Italianate townhouses are characteristic of an important period in New York City’s building and architectural development, but they housed powerful publishing houses, which made 28th Street from Fifth to Sixth Avenue “Tin Pan Alley.” From this street, Ellington, Berlin, Porter, Gershwin, Joplin, and dozens more were catapulted to international acclaim, songs were published that are known collectively as “The American Songbook”— such as “God Bless America” and “Take Me Out to the Ball Game,” and Jews and Blacks broke through long-standing barriers to become among the most prolific and best-loved song makers in our nation’s history.

Sarah Moses, an LPC staff member, noted during the hearing that African-American composers coming from the Jim Crow-era South and Jewish composers fleeing prosecution in Eastern Europe, “created unprecedented opportunities for themselves as mainstream songwriters and music publishers.”

This landmark designation is a huge win for music lovers and those dedicated to keeping New York’s historical memories a vibrant part of the city as it continues to grow.  These advocates are convinced that it is such elements that not only make New York, New York but are also important to the nation’s history.  An indefatigable champion of the city’s richness, Manhattan Borough President Gale Brewer was quoted as saying, “Tin Pan Alley forms an indelible part of not only our city’s history, but also national identity.  This designation ensures that this special place will be preserved and celebrated for generations to come.” 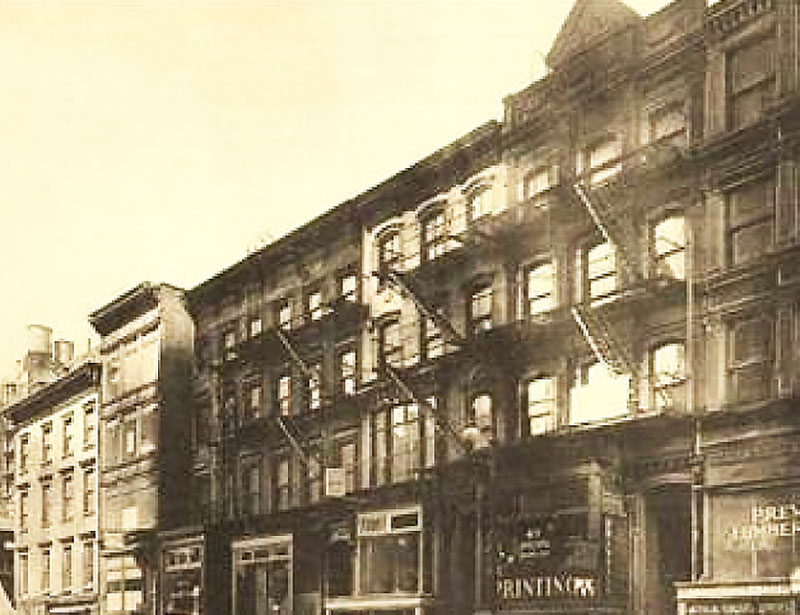 If you would like to read more about Tin Pan Alley, please see the four-part feature on experiencenomad.com at these links:

Part III
The Reasons for Its Rise and Fall / Read Post