NoMad is Sobering up the Tenderloin District 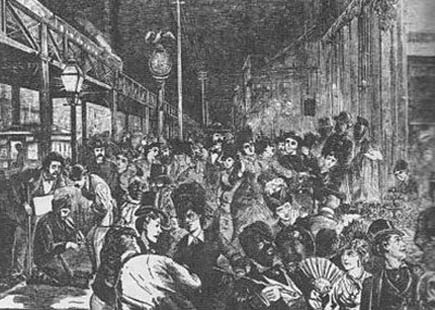 Manhattan Unlocked is a great blog for finding about New York history — in depth.

Recently in an article on the Haymarket and NoMad, Manhattan Unlocked noted that the New York City neighborhood of NoMad is on the rise and is bringing life to an area left unfilled because of its wild and notorious past during New York’s gilded age. While the NoMad District nightlife is still one of the best in the city, it is a bit tamer than it used to be in the era of the Tenderloin District, and is allowing commerce, fine hotels and wonderful residences to flourish.

The article goes on to explain that the NoMad neighborhood contains the bottom portion of the infamous Tenderloin district, which was a kind of “police-free zone” created by carefully placed bribes at the outset of the 20th Century.  (A great map on the Manhattan Unlocked blog makes it easy to see the borders of the Tenderloin District and NoMad.) 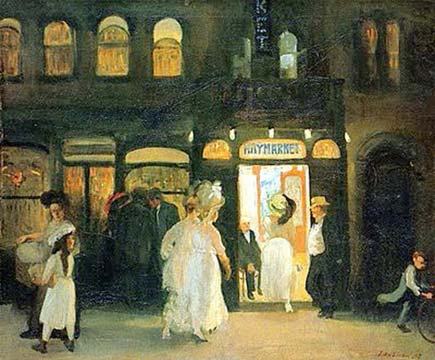 Manhattan Unlocked points out that during the New York Gilded Age, Broadway was literally the dividing line between the fine culture of The Fifth Avenue Hotel and the seedy nightlife that embodied the Haymarket. Robert Amell notes in the blog that:

“During the Tenderloin days, brothels and saloons with names like the Star and Garter, Buckingham Palace, the Bohemia, the Tivoli, and Old Alhambra were clustered down side streets west of Broadway. According to Luc Sante’s engrossing Low Life:

‘As time went by the area became stratified: Twenty-ninth was the street of whorehouses, Twenty-eighth stood for high-end gambling, and Twenty-seventh for the low end. There were saloons on every corner, each with a Ladies’ Entrance, and houses of assignation (meaning, in current parlance, hot-sheet hotels) on every block.”

Tenderloin NYC is a wonderfully colorful part of New York history that has contributed to the NoMad we know today, but as Manhattan Unlocked explained:

“…though the Tenderloin was huge, the heart of it, and the Haymarket, seem to have left a residential and commercial hole right in the middle of the city.  It’s like the urban environment has a memory all its own. Finally on the verge of an upswing, NoMad is reclaiming that most notorious part of that most notorious district.”