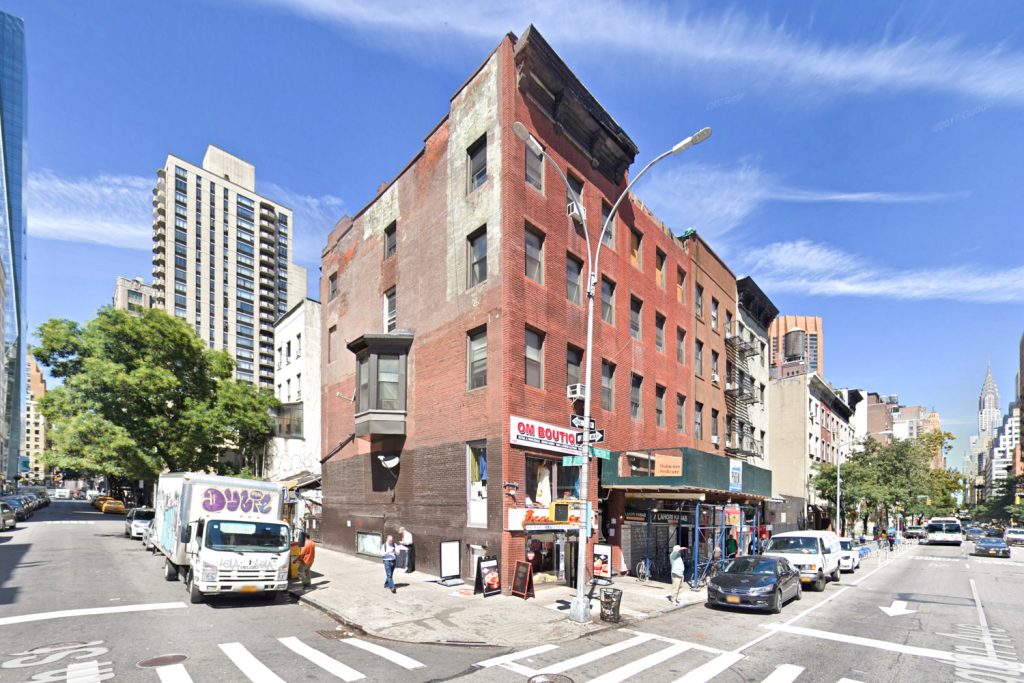 As the NoMad neighborhood continues to experience rapid growth and redevelopment, permits have been pre-filed for yet another mixed-use building about four blocks from Madison Square Park, at the corner of 28th Street and Lexington Avenue at the eastern edge of NoMad.

As New York Yimby reports, the new building planned for 120 Lexington Avenue will be an estimated nine stories tall, designed as a combination of hotel, retail, and residential space. The building will be designed by Crown Architecture and developed by Daniel Dabakaroff of Skyland Management. According to the pre-filing, the new structure will contain: 2,320 square feet for ground-floor retail; six apartments of approximately 700 square feet each on the Second Floor; 48 hotel rooms on the Third through Eight Floors; and community amenities on the top floor. All told, the proposed building will comprise just under 38,000 square feet.

The existing structure at 120 Lexington will be demolished, but no permits have yet been filed—nor are we given an estimated date of completion. However, we can expect the space to fill quickly as it is a central location, situated only one block from the 6 train and only two stations from Union Square to the south and Grand Central to the north.