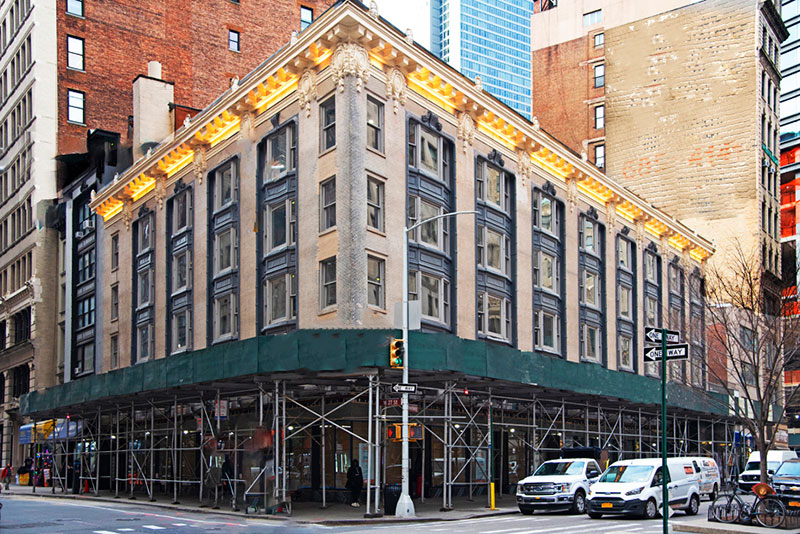 Connect New York is reporting that the international juice/coffee bar chain Joe & The Juice signed a lease on an 858 sq. ft. retail space at 1165 Broadway, joining Diptyque and Space NK.

Amira Yunis of the CBRE team noted that “1165 Broadway was the ideal location for Joe & The Juice’s national expansion plans in NYC, boasting a highly visible retail space in one of the city’s most vibrant corridors with pedestrian traffic seven days a week. In addition to the newly-renovated retail space, the juice bar will benefit from the neighborhood’s incredible growth over the past few years, and its close proximity to several hotels, businesses and shopping destinations.”

With the NoMad Hotel across the street, the Ritz-Carlton rising a block away and the Virgin two blocks away planned for completion by the end of the year, The CBRE property on 27th and Broadway will be at the center of NoMad’s growth as a destination for businesses, residents and tourists. CBRE has capitalized on this location by reimagining and revitalizing a part of NoMad history.

1165 Broadway was originally constructed by Peter Gilsey (who built Gilsey House) and opened as the Coleman House. It was a very respectable hotel in its early years, but by the beginning of the 1900s, the neighborhood was losing its hotels and residences, and commercial usage was on the rise. Coleman House was turned into a commercial a property and given an eye-catching beaux arts façade, featuring repeating three-sided cast iron bays rising unbroken for four stories and culminating in cast iron scrolls and festoons at the cornice.

The basic structure of the building was handsome, but an unflattering dark brown trim and cornice applied sometime in the intervening years made the building look heavy and out-of-date. CBRE changed all that. Designers returned the decoration and cornice at the top back to a cream color, and they used a modern grey to delineate the window bays and to cover the distracting light-colored horizontal bands that had visually chopped up the façade. The overall effect is light, modern, strong and fresh. Lighting the building’s detailed cornice was a brilliant stroke that creates a beautiful, uplifting effect for the building and the street.