Walking around NoMad it is easy to see that the neighborhood is going through a renaissance. There are many brand-new high-rise buildings under construction, but there are also architecturally historic buildings which have been and are being restored to their original glory. The streets of NoMad testify to a rich history and reveal secrets about the social history of our country as it rose to its leading place on the world stage.

There are too many beautiful older buildings in this part of the city to list all of them, but let’s take a look at just a few of the more notable examples of historic architecture. 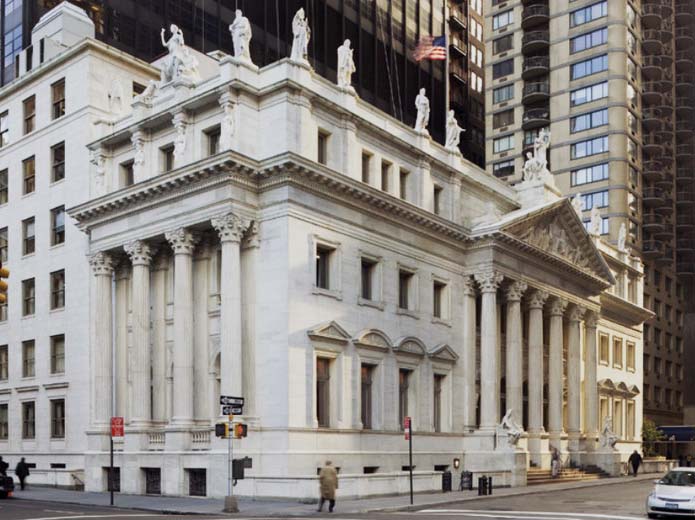 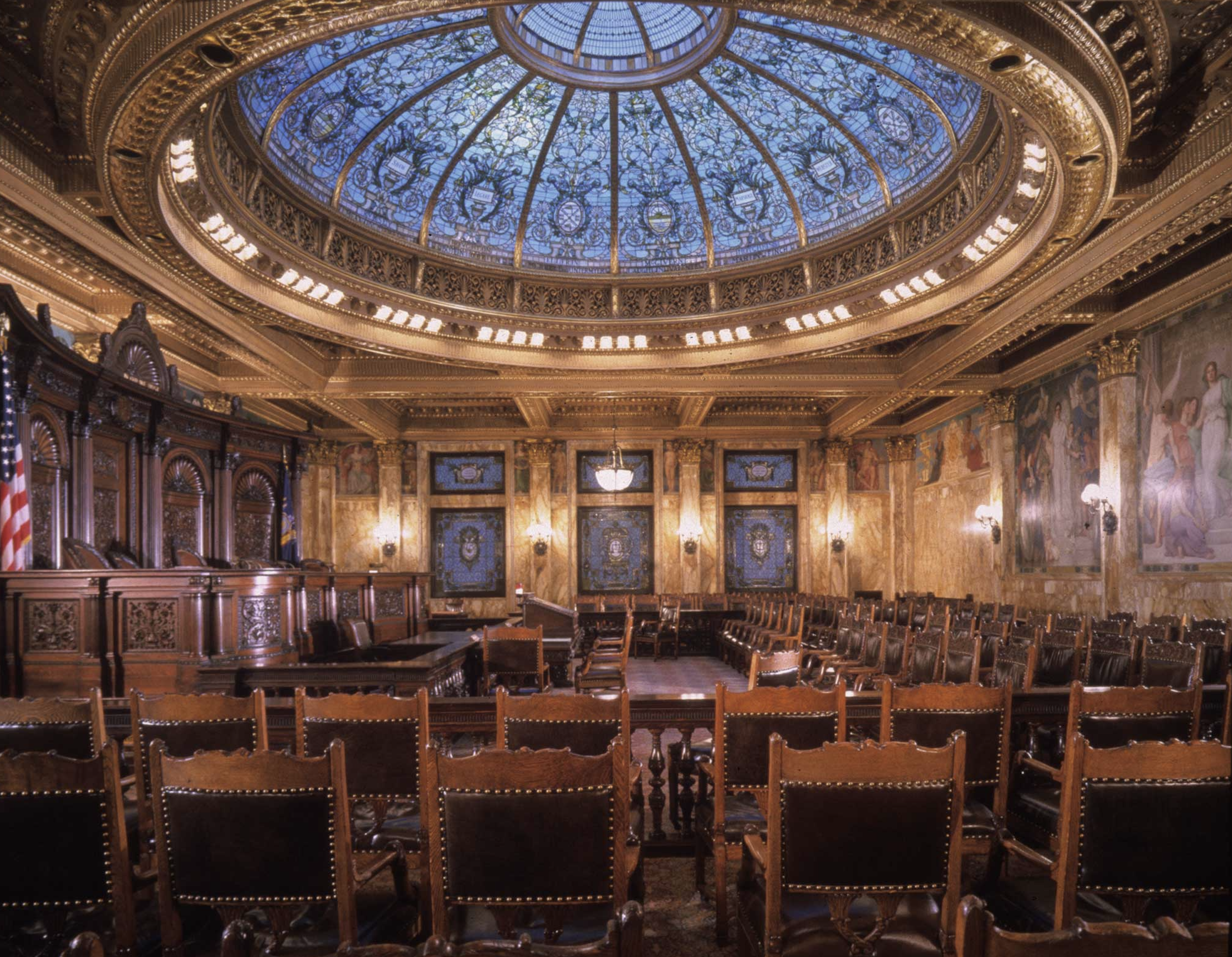 Open since 1900, the Manhattan Appellate Courthouse remains one of the busiest appellate courts in the U.S. Designed by architect James Brown Lord, the building’s beaux-arts exterior is nothing short of impressive, with spacious porticos, Corinthian columns, and dozens of marble sculptures. The interior is equally impressive, with marble walls, coffered ceilings, painted murals and a stained-glass dome in the courtroom itself.

Figures along the top of the building such as Zoroaster, Confucius, and Justinian, represent the line of great lawmakers through history, and the theme is repeated in a 62-foot mural in the lobby showing the development of law from Mosaic through Egyptian, Greek, Roman, Byzantine, Norman, Common, and Modern Law.

The exterior of the court was designated a landmark by New York City Landmarks Preservation in 1966, and the interior was landmarked in 1981.

Court sessions are open to the public, and visitors may view the lobby and courtroom when court is not in session—typically 9 a.m. to noon on Tuesday through Friday, and from 2 p.m. to 5 p.m. on Fridays. 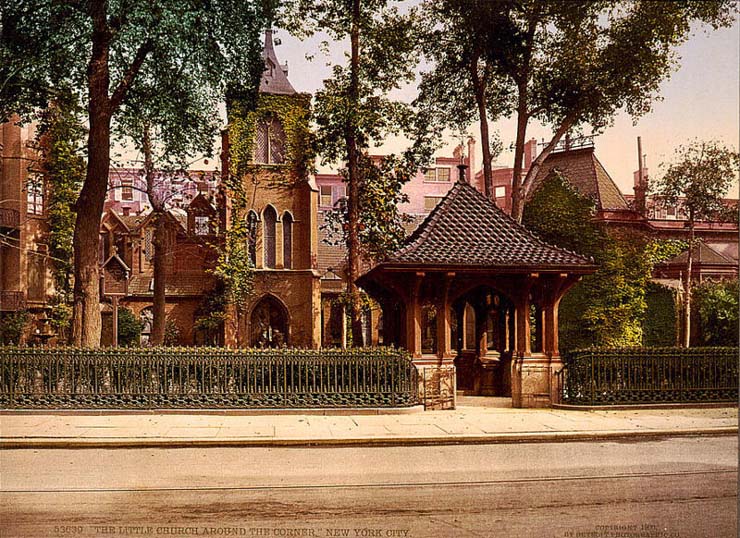 The Church of the Transfiguration (“Little Church”)

Founded in 1848, this Episcopal Church has always been known for its spirit of inclusiveness and willingness to embrace the marginalized.

Tied to the theatre throughout its history, Transfiguration derives its nickname “Little Church” from a curious incident in 1870.  When the rector of a nearby church declined to do a funeral service for an actor simply because he was an actor, the rector suggested an alternative, “I believe there is a little church around the corner where it might be done.” The church building at 1 East 29th Street, built in 1850, has been registered as a historical landmark since 1973, and its historical society has worked diligently to preserve art and artifacts from a history spanning nearly 170 years.

The Little Church welcomes visitors who may visit the chapel on weekdays, and the main sanctuary on Sundays. Guided tours are also given each Sunday at 12:45 p.m. at the conclusion of Mass. 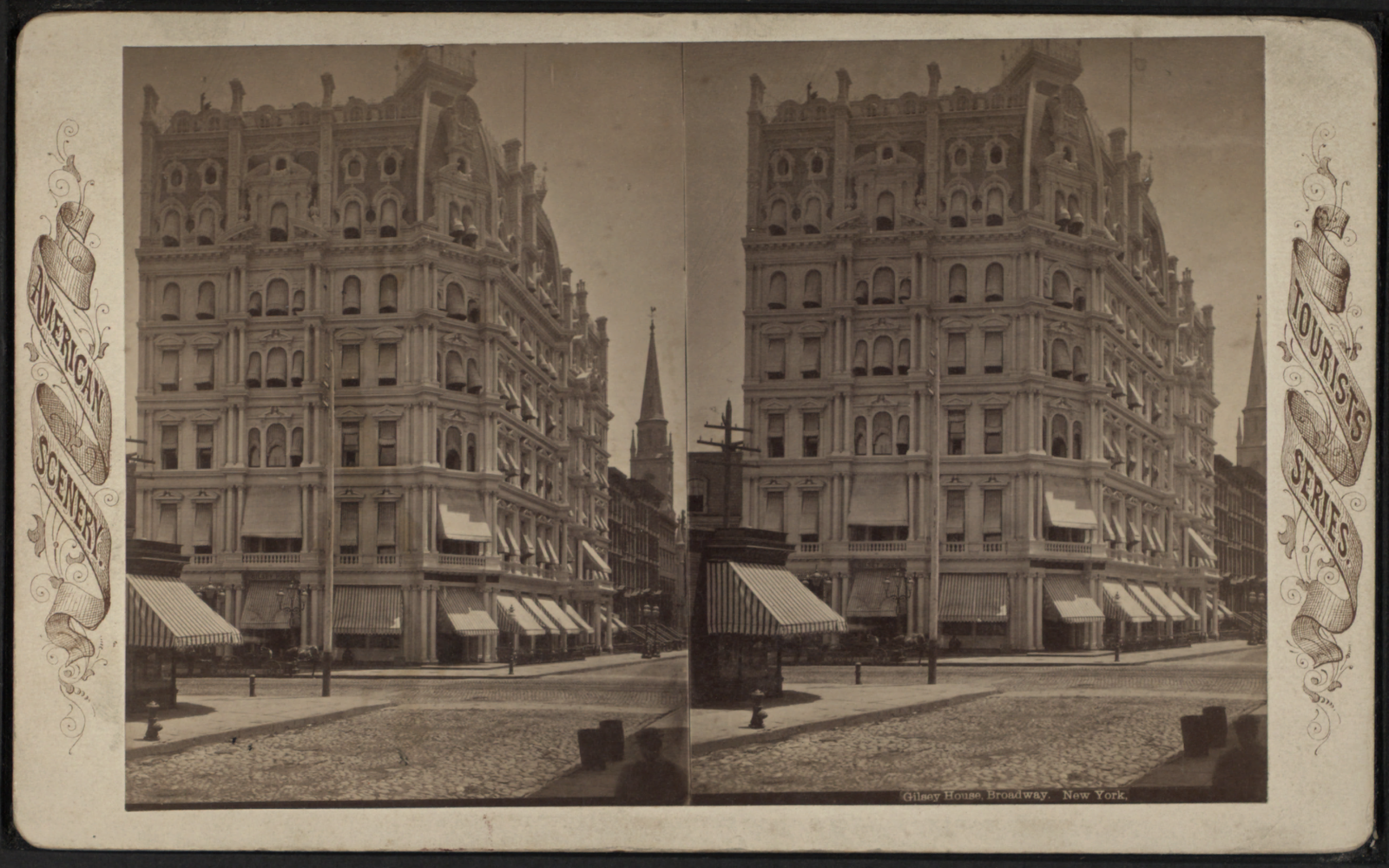 Located at 1200 Broadway, this ornate eight-story structure is an excellent specimen of Second Empire style architecture made popular in the late 1800s. Standing just north of Madison Square Park on land formerly used by a cricket club, Gilsey House was a luxurious 300-room hotel with frequent patrons that included Diamond Jim Brady, Oscar Wilde and Mark Twain, among others particularly those in the theatrical trade as the theatre district surrounded the hotel in its heyday.

The hotel closed as a result of a legal dispute in 1911 and stood in disrepair for decades despite several failed attempts to repurpose it. In 1980, some developers purchased the property, revitalized the exterior and converted Gilsey House into 40 private residences as a co-op, as it remains to this day.  It was designated as a landmark by New York City Landmarks Preservation in 1979, and there are plans for additional restoration of its façade as part of the block-long revitalization lead by the HFZ development on 29th, just behind Marble Collegiate Church at the other end of the block. 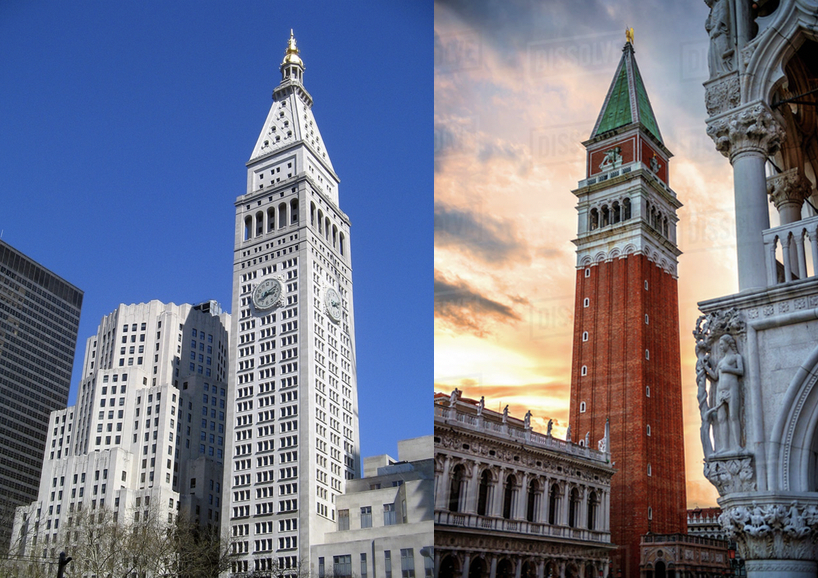 Recognizable as the historic clock tower on the south side of Madison Square Park, the 560-foot MetLife Tower was the world’s tallest building upon its completion in 1909, and remained so until the Woolworth Building surpassed it in 1913. The beacon illuminating the top of the spire was (and still is) one of the most recognizable features of the NYC skyline.

The inspiration for the tower’s design came from the Campanile in St. Mark’s Square, Venice, and while the tower was more ornate in its earlier days, it’s streamlined façade may be even more beautiful.

MetLife continued to operate in the tower, as well as the connected office building at 1 Madison Avenue, until 2005. Today, the main offices are primarily occupied by Credit Suisse, while the clock tower is now the New York EDITION hotel.

One of the most fascinating tidbits about the tower is that it inspired a science fiction story.  “The Runaway Tower” written by an author, who, looking out of his window in the Flatiron building, noticed the hands of the mammoth Tower clock going backwards (it was being cleaned), and it got him thinking about time travel.  Enjoy a quick read: http://www.gutenberg.org/ebooks/17355. 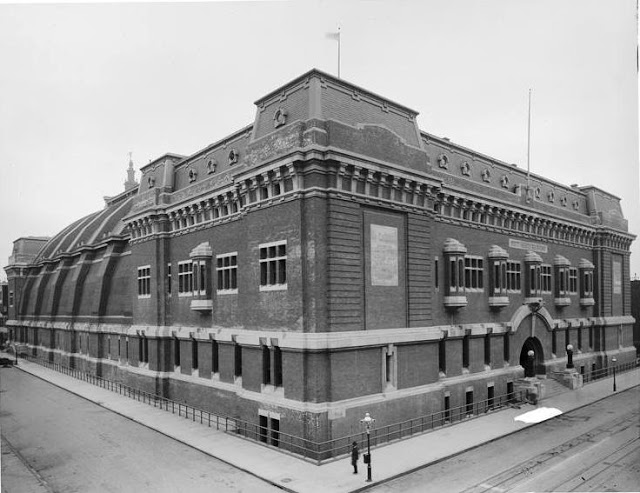 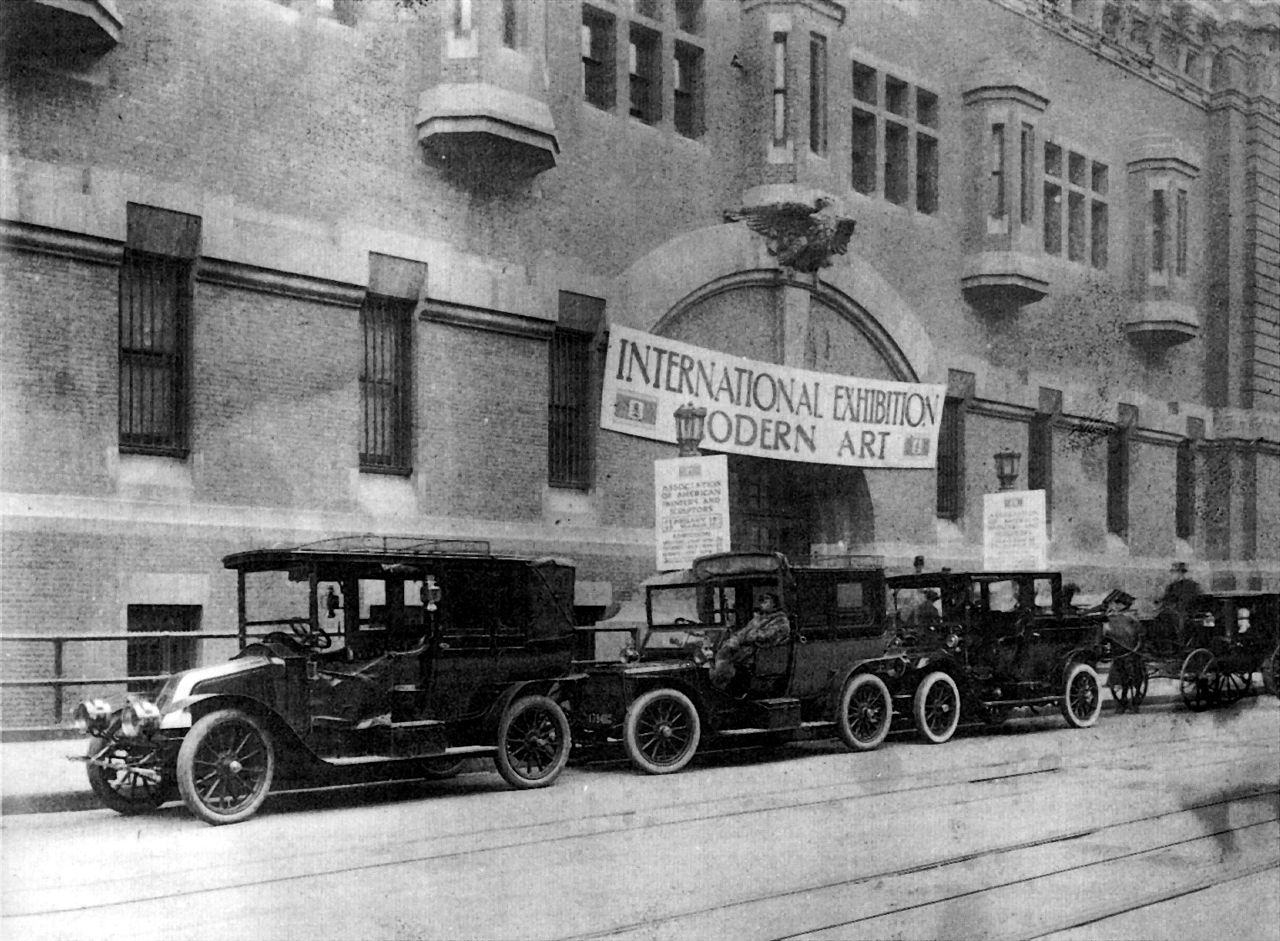 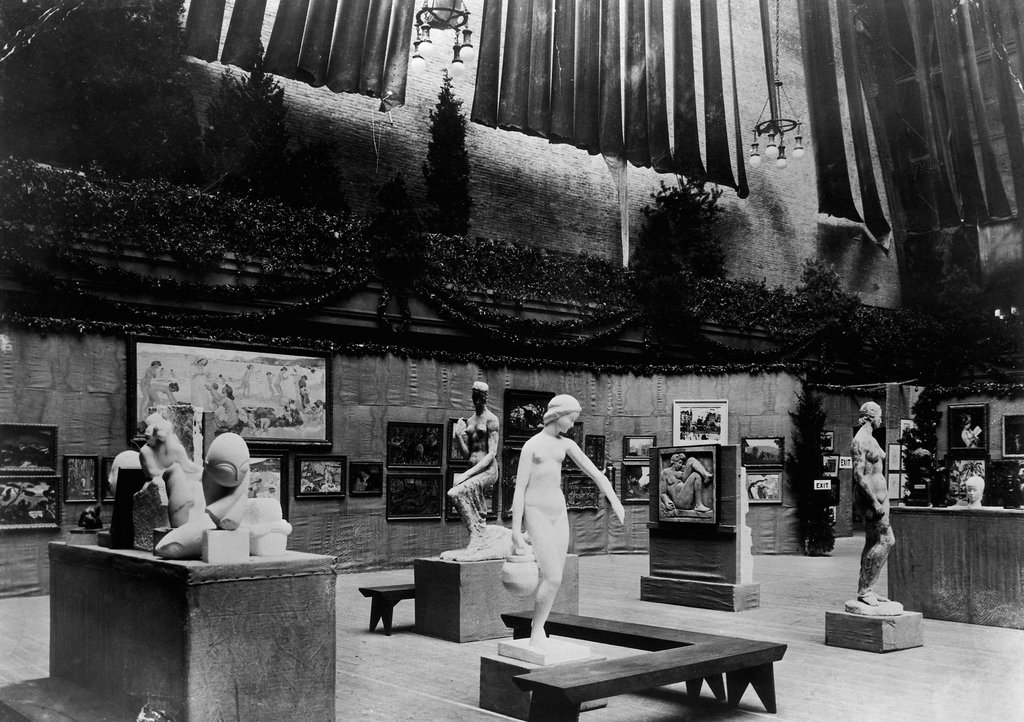 Located at 68 Lexington Avenue, the 69th Regiment Armory Building was a first in that it was designed in the then-contemporary Beaux Arts style as opposed to the typical medieval style used for armories to that point.

In 1913, the armory hosted the first exhibition of modern art in The United States—the famed “Armory Show.”   Here is how The New York Times described the effect of the exhibit in a 2012 article: “On Feb. 17, 1913, an act of cultural sabotage called the International Exhibition of Modern Art, or the Armory Show, hit the 69th Regiment Armory on East 26th Street, lodging there for nearly a month. Installed in a sequence of temporary rooms, the show revealed horror after grating horror in the form of up-to-the-minute European paintings and sculptures by the likes of Constantin Brancusi, Marcel Duchamp and Henri Matisse.”

Completed in 1906, this handsome building, which once was the home of the NY Knicks (1946-1960), is still home to the 69th Infantry Regiment (the famed “Fighting Irish”), with an accompanying 5,000-seat venue that hosts regular events such as the annual Victoria’s Secret Fashion Show.  The New York City Landmarks Preservation declared it a landmark in 1983.