Dr. Parkhurst Takes on Sin and City Corruption with Fire, Brimstone and Sleuthing

At the end of the 19th century, when our neighborhood was the center of city society, a beautiful and prestigious house of worship The Madison Square Presbyterian Church stood at the corner of 24th Street and Madison Avenue. On the morning of February 14, 1892, the sedate congregation was lectured on the city’s sins and the corruption of its leaders and police force.  The preacher, Dr. Parkhurst, immediately became a lightning rod for the counterattacks of the criminals, police and city officials he was fighting, but then his fiery sermon was bound to be incendiary.

“There is not a form under which the Devil disguises himself that so perplexes us in our efforts, or so bewilders us in the devising of our schemes, as the polluted harpies that, under the pretense of governing this city, are feeding day and night on its quivering vitals.  They are a lying, perjured, rum-soaked, and libidinous lot.”

“But . . . in this city, every effort to make men respectable, honest, temperate, and sexually clean is a direct blow between the eyes of the Mayor and his whole gang of drunken and lecherous subordinates, in this sense that while we fight iniquity they shield or patronize it; while we try to convert criminals, they manufacture them . . . “

Description of New York City at the end of the 19th Century makes it sound a good deal like the Wild West.  While elegant society encamped itself in pockets of the city, large swaths of Broadway and the streets to the west known as Stan’s Circus, the Village, the Bowery, and even the Financial District were awash with bars, brothels and gambling houses.  Prostitutes paraded on Broadway and our own neighborhood, NoMad, had at least 49 houses of prostitution.   At a time when Sundays were more strictly observed than they are now, taverns weren’t supposed to be open, but most were.  Nevertheless, one might question the wisdom of beginning a campaign as Dr. Parkhurst did.  The reaction was swift and unfavorable from all quarters.

Even anti-crime fighting publications like the Pulitzer’s World stated, “. . . there is much to criticize in New York municipal government, but nothing to excuse so violent an outburst of vituperation.”  Those supportive of Tammany Hall were harder, with Charles Dana of the Sun calling for Parkhurst to be driven from the pulpit. 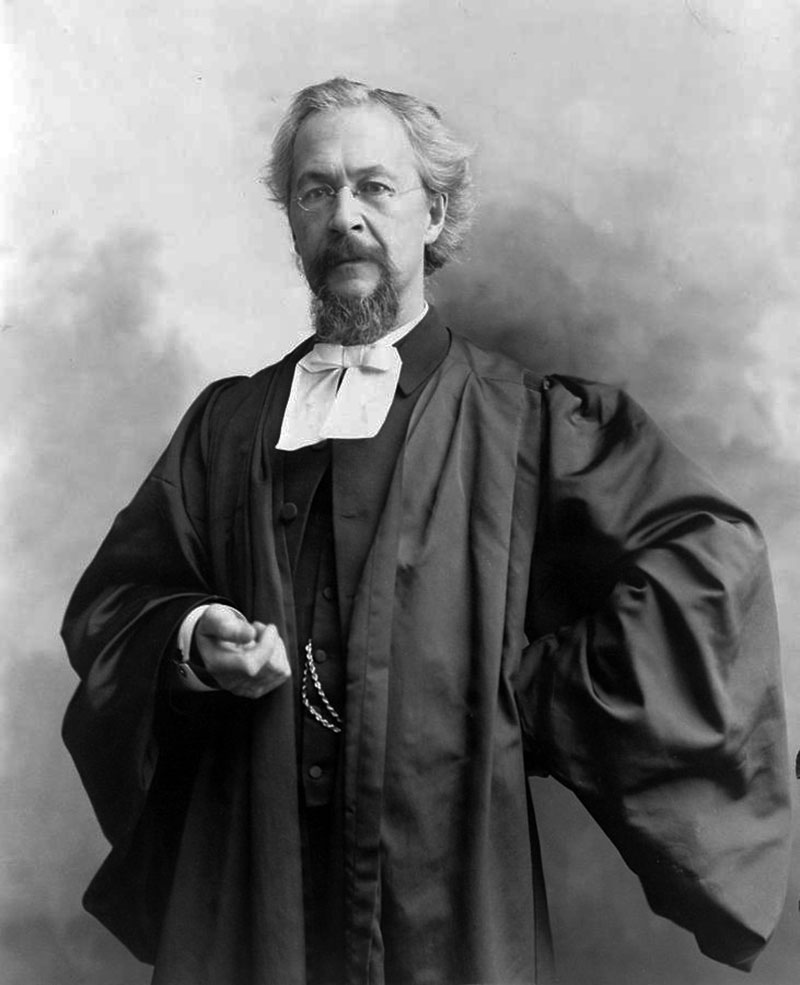 The man at the center of the tempest, Charles Henry Parkhurst, was an unlikely figure to take on the role of reformer of the underbelly of New York City.  Parkhurst had been born to a farming family in Framingham, Massachusetts.  He did not attend public school until the age of 12, but graduated from Amherst in 1866 and decided to study theology in Germany. Due to his love for his studies, Parkhurst decided to become an ordained Presbyterian minister. He first became a pastor at a congregational church in Lenox, Massachusetts, and in 1880, he became the pastor at Madison Square Presbyterian Church.

Despite the harsh criticism, Dr. Parkhurst didn’t back down.  Hauled into court on February 23, 1893 to prove his claims, he had no evidence and was reprimanded, but this only steeled him to get proof.  In one of the most unusual investigations in New York history, Parkhurst went underground to collect firsthand proof of prostitution, Sunday bar opening, theft, and police bribery as well as the force’s protection and involvement in crime.

Parkhurst decided to hire a freelance private detective, Charles W. Gardner to show him the nightlife of the city.  On multiple nights in disguise, Parkhurst, Gardner, and a parishioner, John Langdon, walked into the lion’s den—bars open after hours, brothels, pawnshops with stolen goods, places uptown, downtown. By the end of their investigations, Gardner, Parkhurst, and Langdon, with a network of detectives, were able to put together a portfolio of affidavits about crime at each of 254 saloons. Some of these affidavits included the badge numbers of policemen they saw partaking in illegal acts at these saloons.  There were brothels, too, and Parkhurst put two of the brothel owners behind bars with his testimony.  An article in The New Yorker in 1955, “That was New York: Dr. Parkhurst’s Crusades” gives a very detailed account of the nightly visits of the trio and it provides a gritty, racy picture of turn-of-the-century New York.

Parkhurst again went to the grand jury in April, but this time he had evidence.  Unfortunately, the police and government officials “couldn’t remember.”  While the grand jury had no collaborating evidence to deliver any criminal charges, it did issue a firm reprimand to the city officials and the police department, resulting in the resignation of the operating head of the police department.  His successor felt enough pressure to begin at least some crackdown on saloons open illegally, and he instituted the “Great Shake-Up” where he moved every single captain to a new precinct.