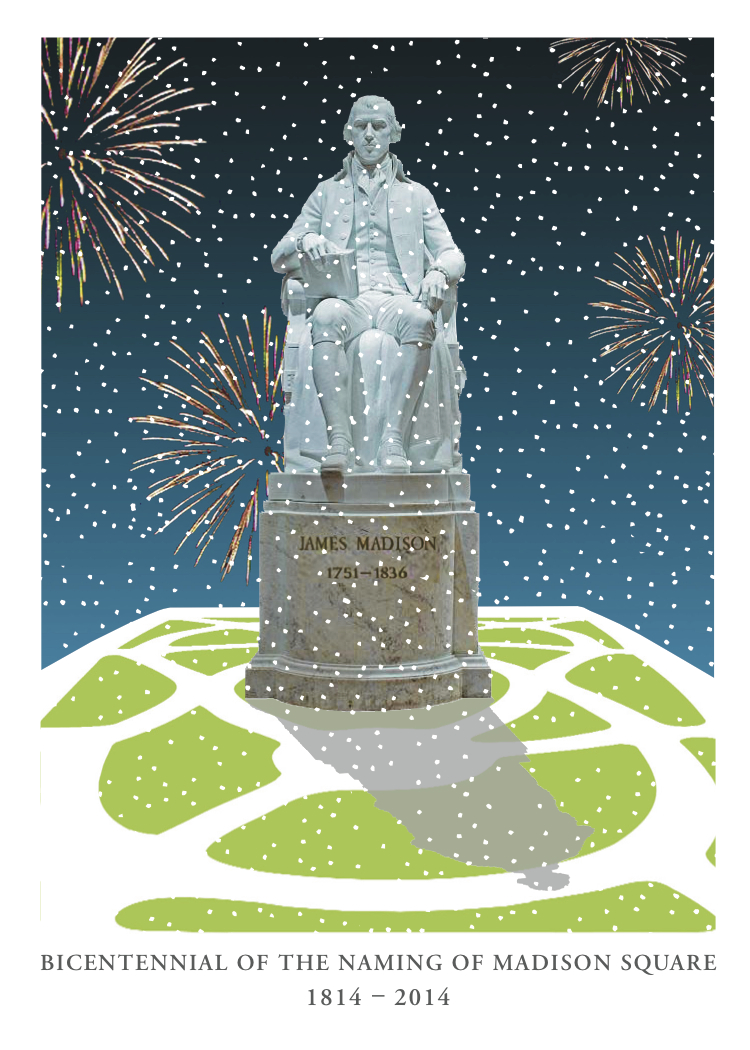 This year marks the 200th anniversary of the naming of Madison Square Park, one of the gems of Nomad.

Another less-known gem of the area is its unofficial historian Miriam Berman. When we received her annual Madison Square-themed New Year’s card (shown here) we wanted to share it and its message with you.

The card celebrates the park’s anniversary by placing—at least graphically—a significantly sized statue of James Madison—in the very center of the park. Miriam points out that with so many sculptures in the park, there is no statue of James Madison, and it is a situation she hopes will be corrected by a city commission. In the meantime, her card will have to do the honors. (The statue of James Madison that Miriam used on the card was designed by Walker K. Hancock and is installed in the Library of Congress Madison Building in Washington, D.C.)

We thought we’d let this great writer and historian of the area tell you about the park and her card’s message in her own words:

“As a graphic designer who had an office on Madison Square for over 30 years, I started to gather stories and images that led to researching, writing and designing a book, Madison Square — The Park and Its Celebrated Landmarks.

One of the first things I uncovered was the fact that Madison Square Park as we know it today was originally part of a parade ground laid out in 1807 for the practice of military maneuvers for the War of 1812. It was bounded by 23rd and 34th Streets and Third and Seventh Avenues.

Just as James Madison started his second term in office in 1814, the Parade Ground was reduced in size—running from 23rd to 31st Streets, between Fourth and Sixth Avenues—and named Madison Square in honor of our 4th President. It was further reduced to its current size in 1844 and opened to the public with its current design in 1847. The current design of Madison Square Park, with its circular intersecting paths, was executed in the mid 1870s by Ignatz Pilat, an assistant to Frederick Law Olmsted on Central Park.

The Park has quite a few statues for its modest 6.2 acres:

Yet, there is only a nod to James Madison, a pin oak tree retrieved from his Virginia estate in 1939 and planted on the east side of the park to commemorate the 100th anniversary of the opening of Madison Avenue. The marker at its base refers to only the avenue and not the park!

As a Madison Square Park tour guide, I do show off the rather stately pin oak tree, when groups ask, ‘Where is the statue of James Madison?’ I explain that this tree and its marker are the best that I can do for now.” 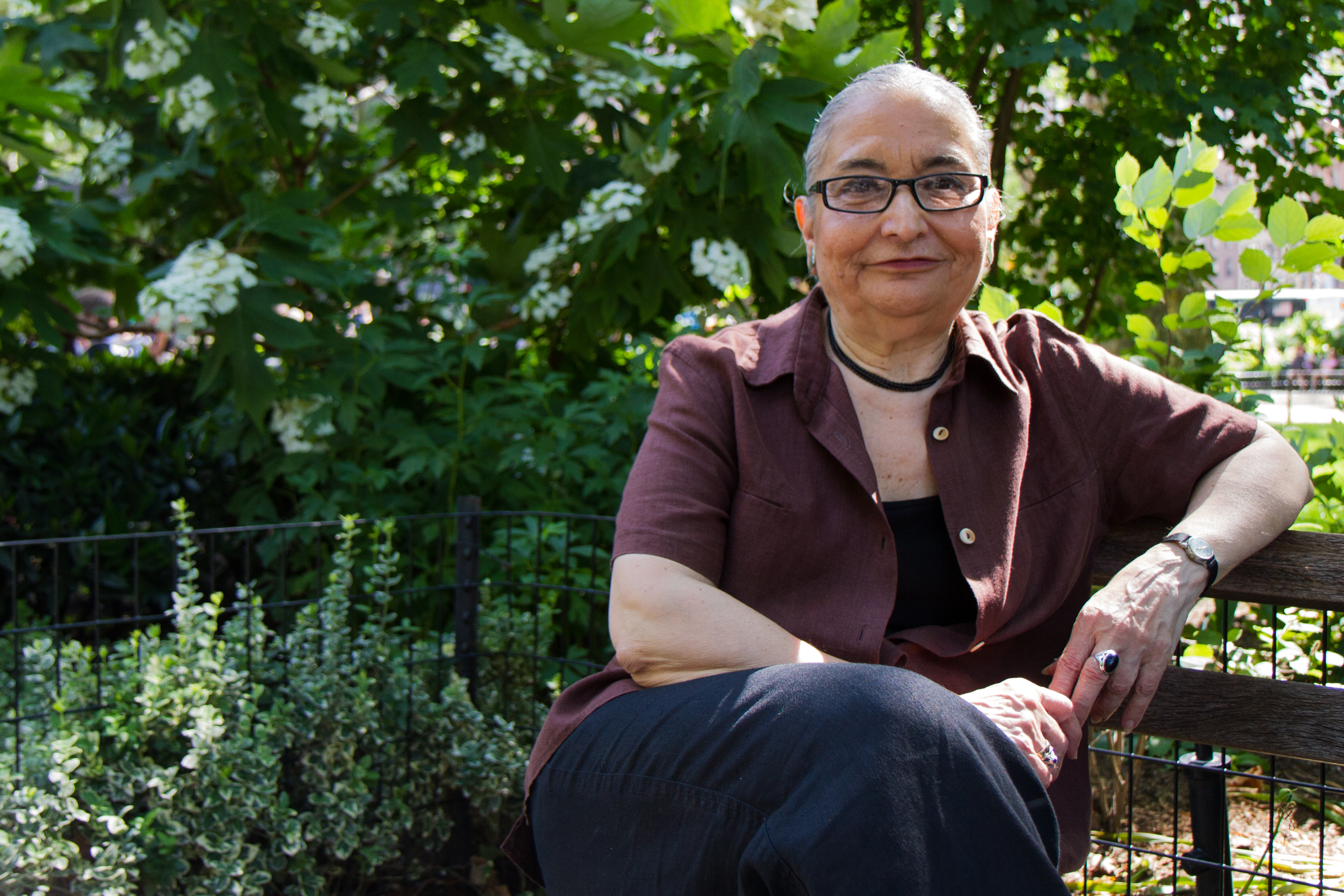 Miriam Berman is one of the three guides that give the Flatiron / 23rd Partnership walking tours of Madison Square on Sundays. You can learn more about her and her tours at urbanarchivist.com.