Behind the Scenes at Num Pang NoMad

Num Pang NoMad has opened its doors this week! The day before the opening, Num Pang owners Ratha Chaupoly and Ben Daitz took us behind the scenes of their new NoMad location!

Num Pang NoMad: Behind the Scenes from ExperienceNoMad on Vimeo.

Num Pang has quickly become one of the hottest new sandwich chains in NYC. Taking traditional Cambodian flavors to the 21st century, Num Pang serves sandwiches unlike anywhere else. With existing locations near Grand Central Terminal and Union Square, Num Pang NoMad will be their third location. This is also their largest location to date. 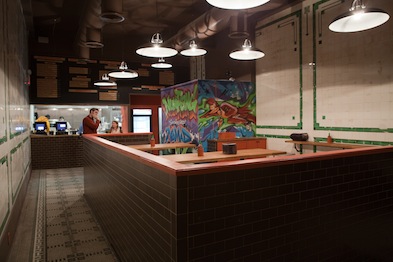 In addition, Num Pang NoMad will feature a more extensive menu than their other locations. Ben and Ratha explained to us that the larger size of their kitchen and seating area has allowed them to expand upon the menus from their other locations. While the menu is still focused on their famous sandwiches, it will also include other items like rice bowls and salads. 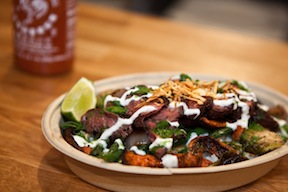 Another exciting feature is that Num Pang NoMad is able to serve beer and wine. Ben mentioned that he’s especially excited about this, because of how well their sandwiches pair with beer. They also will have their own take on sangria!

Num Pang NoMad is located at 1129 Broadway. Check out more behind the scenes pictures below! 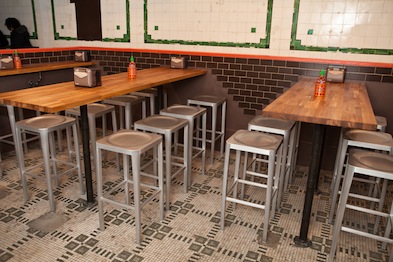 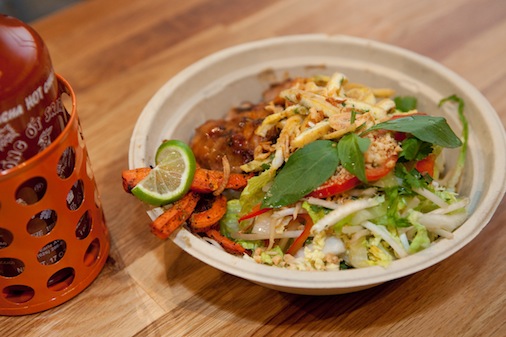